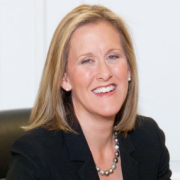 Nancy is the first female mayor of Highland Park, a position she has held since 2011. She has been a leader in inclusive government, making sure that every resident has a voice. Her dedication to public service spans decades. She serves on a broad range of civic and philanthropic commissions, boards, and committees.

In 2013, she created the City of Highland Park Human Services Task Force. This group identified a need to address access to affordable legal services as part of a needs assessment study. In 2015, Nancy founded the the North Suburban Legal Aid Clinic, providing free legal services in the areas of housing, immigration, and domestic violence in northeastern Illinois. Her work has been recognized. Nancy was honored as the 2013 Rotary Humanitarian of the Year. In 2014, Today’s Chicago Woman named Nancy to their 100 Women of Inspiration, and she was named to the Forty over 40 list in Forbes.

After earning her undergraduate degree in economics from Stanford and an MBA from Northwestern, Nancy worked in finance at General Motors before attending the University of Chicago Law School. She specialized in health care law practicing with McDermott Will & Emery. Nancy later shifted her focus to government work, joining the staff of State Representative Karen May. She is a lecturer at Northwestern University teaching about Women and American Political Leadership to undergraduate students. She and her husband, Rob have four sons and reside in Highland Park, IL.

Robin Powers is a Partner at Rothschild, Barry & Myers LLP of Chicago, IL. She concentrates her practice on business litigation, employment-related litigation, and general business matters. Robin counsels publicly and privately held companies with respect to general corporate and employment law matters. She is a graduate of Northwestern University School of Law and worked at the Northwestern University Bluhm Legal Clinic. She earned her undergraduate degree from the University of Pennsylvania. Robin resides in Highland Park with her husband and two children. 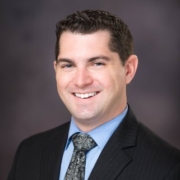 Zachary Goldman has over 7 years of experience in commercial real estate banking and construction financing in the Chicago area and is currently an Assistant Vice President with First Bank of Highland Park. Most recently his focus has been on single family and multifamily residential construction and mixed use value-add projects throughout the Chicagoland Area. He also focuses on the Bank’s national student housing portfolio and works with investors and developers to revitalize low to moderate income neighborhoods. Zachary has served on Chicago’s Neighborhood Housing Services Event Planning Committee for the past 3 years and is also a Tax Preparation volunteer with Ladder Up. He earned his bachelor’s degree from the University of Minnesota-Twin Cities and an MBA in Real Estate and Finance from Roosevelt University. 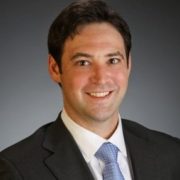 David Neiman is an attorney with Romanucci & Blandin, LLC. His practice is dedicated exclusively to representing victims and their families in personal injury and wrongful death matters arising out of medical malpractice, auto and trucking collisions, and other catastrophic accidents. David is active with various local, state, and national bar associations, and in several community non-profit organizations. Notably, David serves on the Audit & Finance Committee of Lambs Farm, a non-profit organization that provides vocational and residential services for over 250 adults with developmental disabilities. David received his Bachelor of Arts degree from Kenyon College majoring in American Studies. He later attended law school at William and Mary School of Law and Northwestern University School of Law. 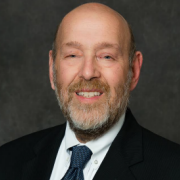 Richard Hillsberg is Of Counsel at Kovitz Shifrin Nesbit and concentrates his practice in commercial litigation, mechanics lien foreclosures, bankruptcy, and insolvency solutions. Prior to settling in the Chicagoland area, Richard served as an Army Judge Advocate officer at 5th Army Headquarters, where among other duties he was a Military Judge and the 5th Army Legal Assistance Officer (1967-1971). Richard has been a partner with the law firm of Zissman and Hillsberg (1977-1983), a partner with the law firm of Tishler and Wald (1983-1995), and a principal of Kovitz Shifrin Nesbit (1995-2009). He also served as an interim trustee in the U.S. Bankruptcy Court, Northern District of Illinois (1980-1986). Richard earned a BS in Economics from the University of Pennsylvania and a law degree from Georgetown University Law School. Richard has received an AV Preeminent Peer Review Rating from Martindale-Hubbell; their highest peer rating for ethical standards and professional ability. He served for over five years on the Highland Park Lake Front Commission, including two years as its Chairman. 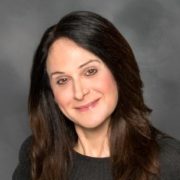 Jaime Rhum is a real estate attorney with over 25 years of experience whose practice focuses on commercial acquisitions, sales, development, leasing and commercial lending. Jaime is currently affiliated with the Highland Park law firm, Becker Gurian where she has practiced law for  nearly 20 years. Previously, she was affiliated with the law firms DLA Piper and Katten Muchin Rosenman, LLP. Jaime received her BS in Finance from the University of Illinois at Urbana-Champaign in 1987 and her JD from the Northwestern University Pritzker School of Law in 1990. Jaime resides in Highland Park with her 2 children Kimberly aged 20 and Eric aged 16. Jaime has been a volunteer for the Highland Park-Highwood Legal Aid Clinic since the fall of 2015 and joined the board in January of 2017. 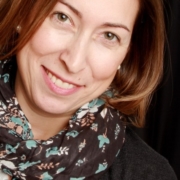 Rebecca S. Carson is the Principal and Founder at Star Immigration Strategies, a consulting firm working at the intersection of immigration policy advocacy, philanthropy, and democracy. Prior experience includes managing the Immigrant Rights Portfolio at Open Society Foundations and co-leading a special initiative to strengthen national immigration legalization infrastructure. During the Obama Administration, she served as Chief of Staff for the Director of United States Citizenship and Immigration Services (USCIS) and as Chief of the Office of Citizenship. During her tenure as Chief of Staff, USCIS successfully implemented such high level initiatives as Deferred Action for Childhood Arrivals, Entrepreneurs in Residence, and the provisional waiver process. She also led a public awareness campaign and federal grant program to proactively foster immigrant integration, encourage United States citizenship, and promote instruction and training on citizenship rights and responsibilities. Rebecca received her Bachelor’s degree in International Political Economy from Colorado College and her J.D. and Public Interest Law Certificate from the DePaul University College of Law. 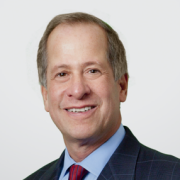 Steven M. Elrod is a founding Director of the North Suburban Legal Aid Clinic and is the Managing Partner of the newly established, Chicago-based law firm Elrod Friedman LLP, where he represents private and public sector clients throughout Illinois on land use, zoning and municipal law matters. He is the former Executive Partner of Holland & Knight’s Chicago office where he built and led a municipal government practice for more than 20 years. Elrod most recently served as President of the Chicago Bar Association. Elrod serves as the Corporation Counsel for the City of Highland Park and is the village attorney for numerous other Chicago suburban municipalities. He is an adjunct professor at Northwestern University School of Law, where he teaches Local Government and Land Use Law. In 2013, he received the Outstanding Adjunct Professor Award from Northwestern University. 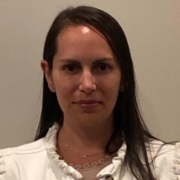 Leslie Katz is an attorney and community advocate. She served as Policy Director for the Office of the Illinois Governor Pat Quinn, helping to lead strategic development of policies and messaging in support of the Governor’s agenda. Prior to her role with the Governor, Leslie served as Director of Policy at the Chicago Public Schools. Throughout her academic and professional career, Leslie has worked to formulate and advance policy at international, national, state and local levels of government. Leslie received her B.A. and J.D. from Emory University School of Law and her Masters degree from the London School of Economics. She currently resides in Highland Park with her husband and two young children. 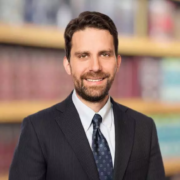 Ivan Golden is an attorney with Hahn Loeser & Parks LLP. His practice is focused on tax planning, federal and state tax controversies, and general corporate matters. Before joining Hahn Loeser & Parks, Ivan practiced at Schiff Hardin LLP and, prior to that, he served as a law clerk to Judge L. Paige Marvel of the United States Tax Court in Washington, D.C. Ivan earned an LL.M. in tax law from New York University and a J.D. from Chicago-Kent College of Law. Ivan lives in Highland Park with his two children. 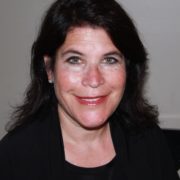 Terry Horwitz Kass is a graduate of Emory University School of Business and Northwestern University School of Law. Ms. Kass first practiced with the Chicago law firm of Altheimer & Gray before practicing with Katten Muchin and Zavis. She focused on secured transactions, including banking, workouts and insolvency. Since leaving the formal practice of law, Ms. Kass has been a community activist with interests in women’s issues, politics and education. Ms. Kass lives in Highland Park with her husband and three teenage children. 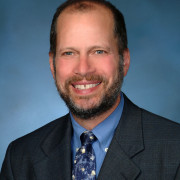 Harold J. Krent is the Dean and a Professor at Law at IIT Chicago-Kent. Dean Krent graduated from Princeton University and received his law degree from New York University School of Law, and clerked for the Honorable William H. Timbers of the U.S. Court of Appeals for the Second Circuit. He then worked in the Department of Justice for the Appellate Staff of the Civil Division, writing briefs and arguing cases in various courts of appeals across the nation. He has been teaching full-time since 1987 and has focused his scholarship on legal aspects of individuals’ interaction with the government. His recent book, Presidential Powers, is a comprehensive examination of the president’s role as defined by the U.S. Constitution and judicial and historical precedents. In addition, Dean Krent has served as a consultant to the Administrative Conference of the United States and has litigated numerous cases with students on behalf of indigent prisoners. Dean Krent joined the IIT Chicago-Kent faculty in 1994. He was appointed associate dean in 1997 and interim dean in 2002 before assuming the deanship on January 1, 2003.

José E. Rivera is Executive Vice President, General Counsel of Intellia Therapeutics, a leading genome editing company focused on developing proprietary, curative therapeutics. He has served in various positions, including Chief Operating Officer and Chief Talent Officer, since joining the company at its founding in 2014. Prior to joining Intellia, José was the Vice President, Chief Ethics and Compliance Officer at AbbVie, Inc., upon its spin-off from Abbott Laboratories in January 2013. Prior to the AbbVie spin-off, José was a member of Abbott’s legal division serving in a number of positions of increasing responsibilities, including leading various legal functions as Division Vice President and Associate General Counsel. José received his B.A. in Economics from Boston College and his J.D. from Harvard Law School. He resides in Long Grove with his wife, two children and parents. José also has three adult children, who live in Washington, D.C., New York and Chicago. 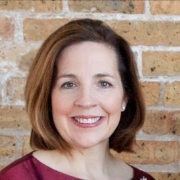 Carrie Travers is Co-founder and Manager of a company devoted to the acquisition, restoration and rental of condominiums in the City of Chicago. Over the past 23 years, she has served in a volunteer capacity in several leadership positions within the Lake Forest community in the areas of education, conservation and civic community. Carrie received her B.S. in Business from Northern Illinois University and her Master’s of Liberal Arts: General Studies & Humanities from the University of Chicago. She resides in Lake Forest with her husband. 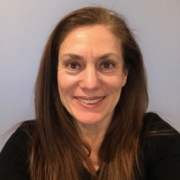 Laura Levin Ulrich graduated from the University of Pennsylvania and received a JD-MM from Northwestern University. Ms Ulrich practiced law with Hopkins & Sutter and then Foley & Lardner after the firms merged. Her practice focused on general corporate law with an emphasis on airport transactions. Since leaving the formal practice of law, Ms Ulrich has been active in the community including serving as a CASA (Court Appointed Special Advocate). Ms Ulrich and her husband have 4 daughters and reside in Glencoe.