The North Suburban Legal Aid Clinic (the Clinic) has issued the following statement with regard to a potential nationwide series of deportation raids carried out by Immigration and Customs Enforcement (ICE):

The potential ICE raids have the immigrant community and allies frightened and angry. Like other immigration organizations, the Clinic condemns the Trump Administration’s threats. It is troubling for ICE to target individuals and families that are seeking refuge from persecution and unsafe conditions in their home countries. ICE raids destabilize families, neighborhoods, and communities. They hurt innocent people and create distrust of law enforcement and other officials.

The Clinic respects and values the contributions of immigrants. We urge individuals and families to prepare a safety plan in advance and know your rights in the event of an ICE raid. The Clinic is committed to assisting with preparation and will fight diligently to protect those affected.

The Clinic is a trusted source of information and will continue to keep the public informed.
Frequently asked questions, preparation directions, and ‘Know Your Rights’ information is available at www.NSLegalAid.org. Clinic staff and volunteer attorneys are available to answer questions and provide individual consultation Monday through Friday, 9:00 AM – 5:00 PM. Appointments may be made by calling 847-737-4042 or via email at info@NSLegalAid.org.

On June 21, 2019, news of a proposed nationwide series of deportation raids surfaced. Credible sources indicated that the Chicagoland area was a target for the operation, which was expected to target families, young adults who entered the United States as unaccompanied children, and migrant families who had received deportation orders. On June 22, 2019, the ICE raids were delayed for approximately two weeks. President Trump tweeted saying he halted the plan for two weeks so that Democrats and Republicans can attempt to find solutions to immigration issues. 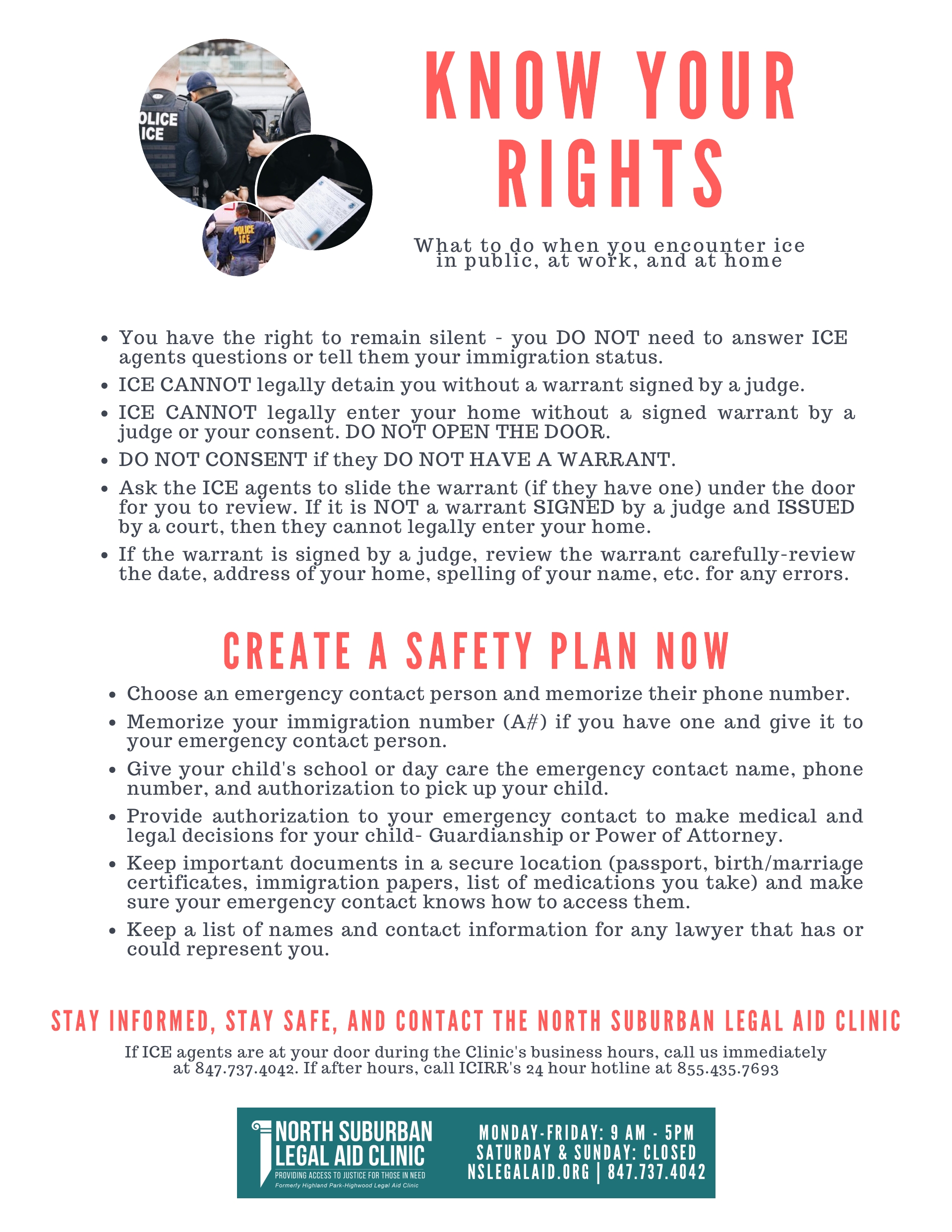 Statement on Parole in Place Program
Scroll to top